I’ve been a freelance photographer for almost two years and as a car enthusiast, it was natural for me to shoot cars. Over the two years of countless amounts of car shoots and experimentation, I have honed down on what I believe is the five best tips you could ever have for natural light, outdoor automotive photography.

Just like many other types of photography, time and location is one of the easiest ways from making a good shot a great one. In terms of automobiles, you want a location that sets the mood for the car while accentuating it. Just to name a few, a spacious parking lot, a scenic lookout, a back road, an industrial park, or race track are good places to start. Visualize how the car will fit in. At the same time, factor in how the area will be lit at different times.

Golden hour gave me most of my favorite photos along with its dynamic lighting and infamous lens flare. If you want less gold tones and want to emphasize the car’s actual paint color more, just go an hour or two before golden hour. I try to avoid noon’s harsh shadows.

What I do personally when finding a location, is try to always keep an awareness of potential spots for a shoot. Whether I’m taking a detour after school or just passing by, sometimes I can find locations where I least expect it. Whenever I do find a spot, I keep a reminder to utilize it for a future client. 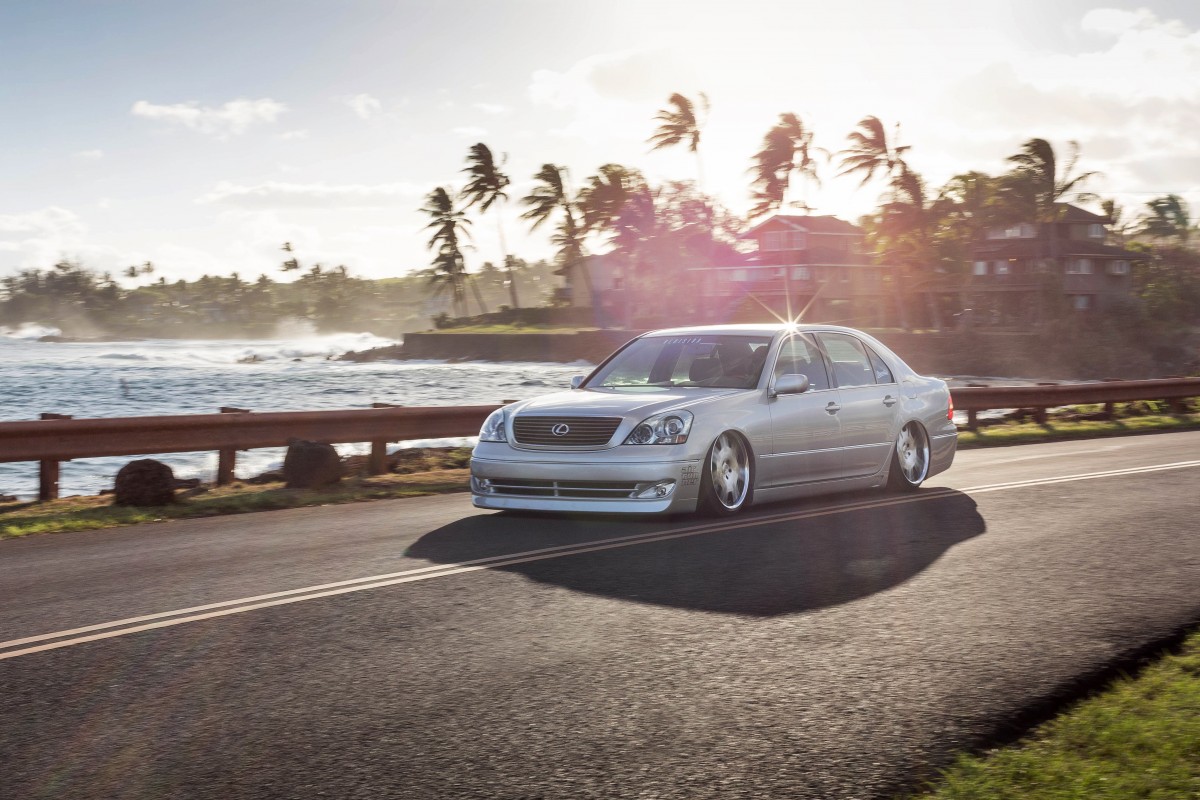 Check out your environment

Smaller background elements seems to get neglected over the subject quite often. I’m specifically talking about distractions and natural subject-background separation. I admit it, I didn’t think about these things much either back then. But the bottom line here is to treat the car how you would treat someone for an outdoor portrait session: don’t include things that shouldn’t belong in the photo.

As you can see in the following photo, the car is almost blending with the background. Those power lines look like they don’t belong there and I’ve included random cars to the right. 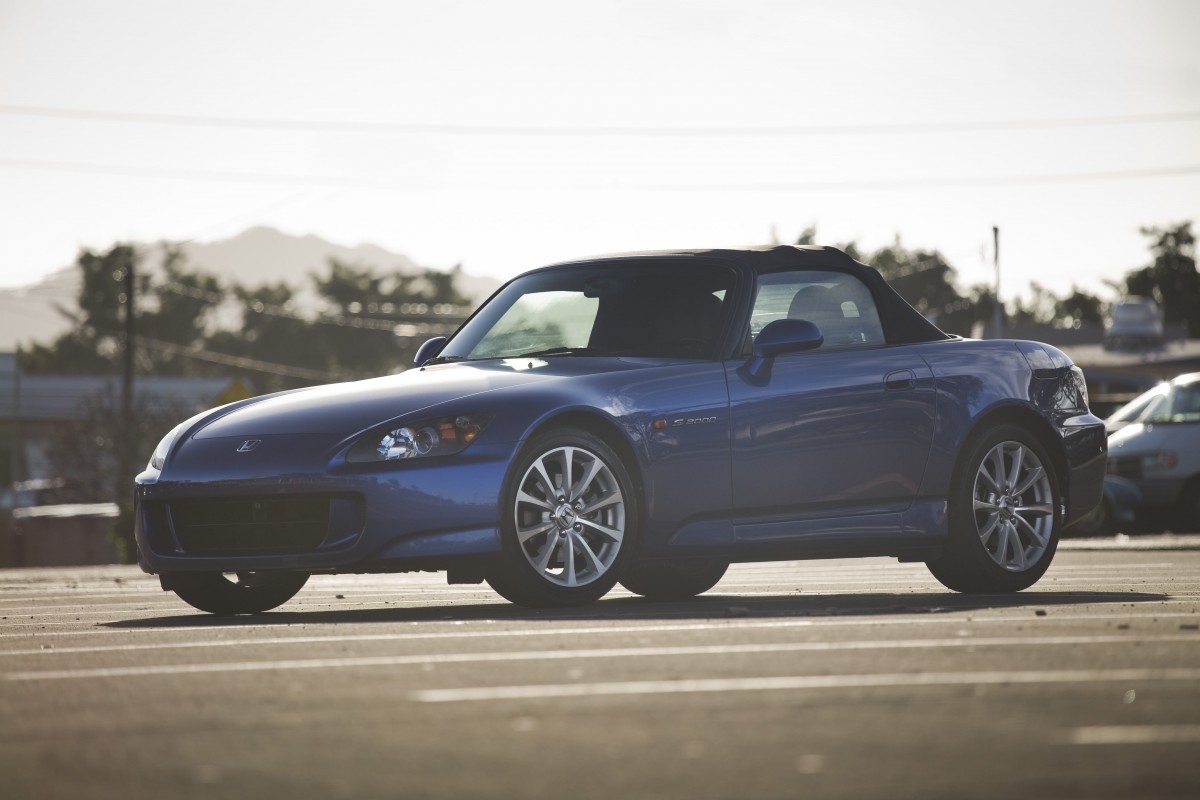 You can see in the next picture that the car has a clear separation with the background. This is also a good example of how you can use the back (tree and bush) and foreground (person) elements to help frame your subject, which takes me back to my first tip of having a good location. Having these elements to use as a natural frame creates interest onto your client’s car. 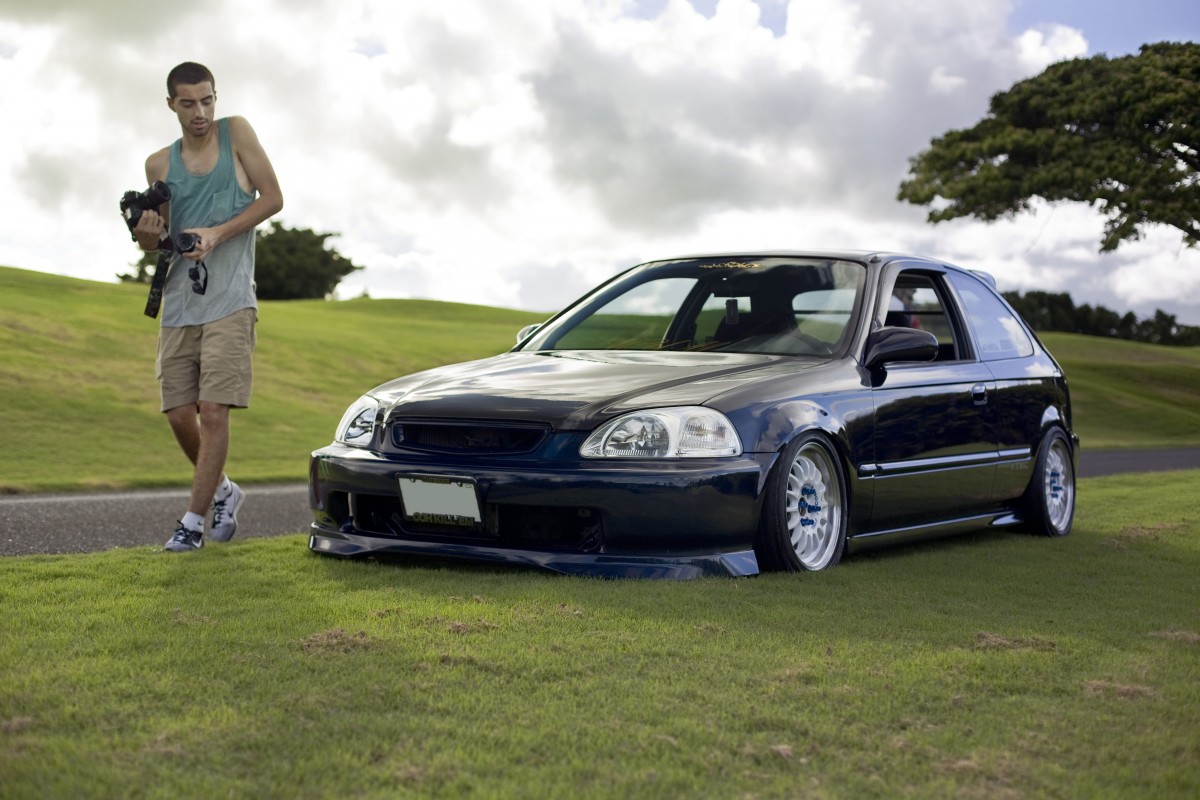 Here’s another example of using the foreground for framing. Leading lines toward the car, such as the road, is a bonus. 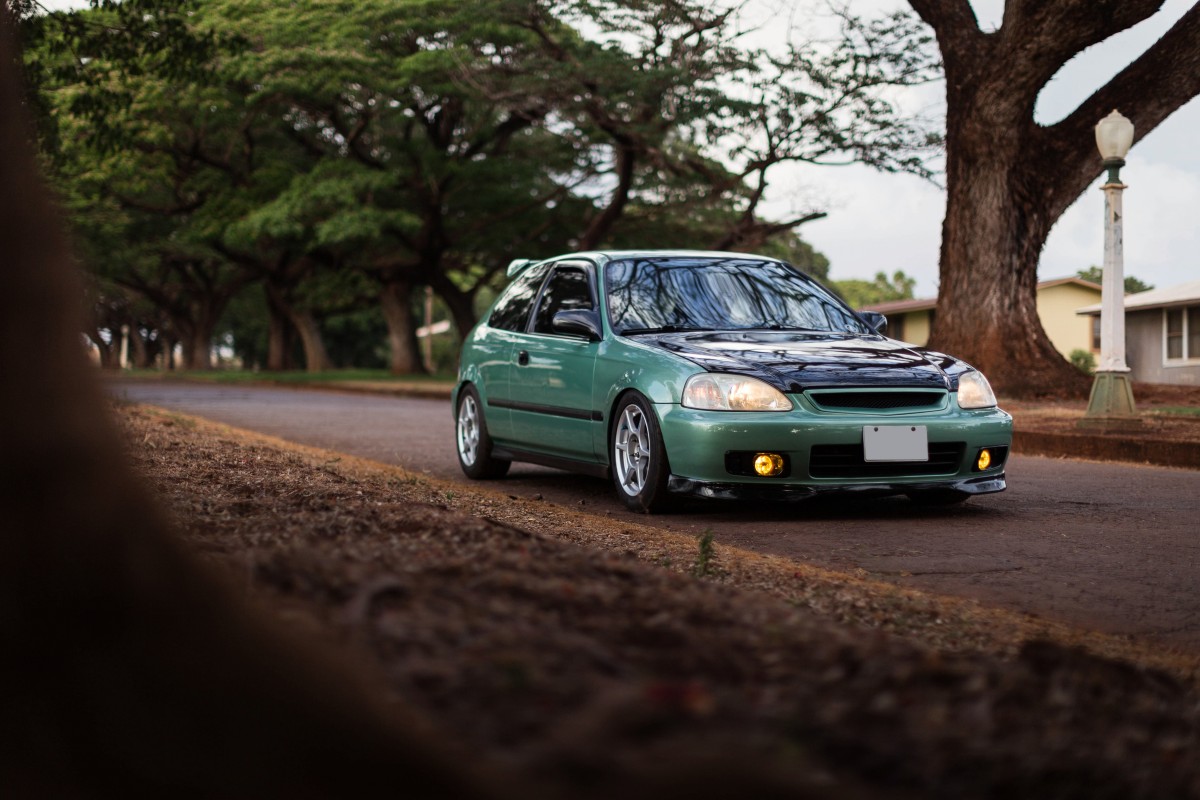 Get up close and personal

This one is self-explanatory and pretty easy to do when your client’s car has many things to show. Get up really close to the smaller details of the car most people would probably miss, e.g. aftermarket parts, headlights, or even the seat trim. If you’re unsure what to look for, just ask the owner what his favorite aspects are and work from there. 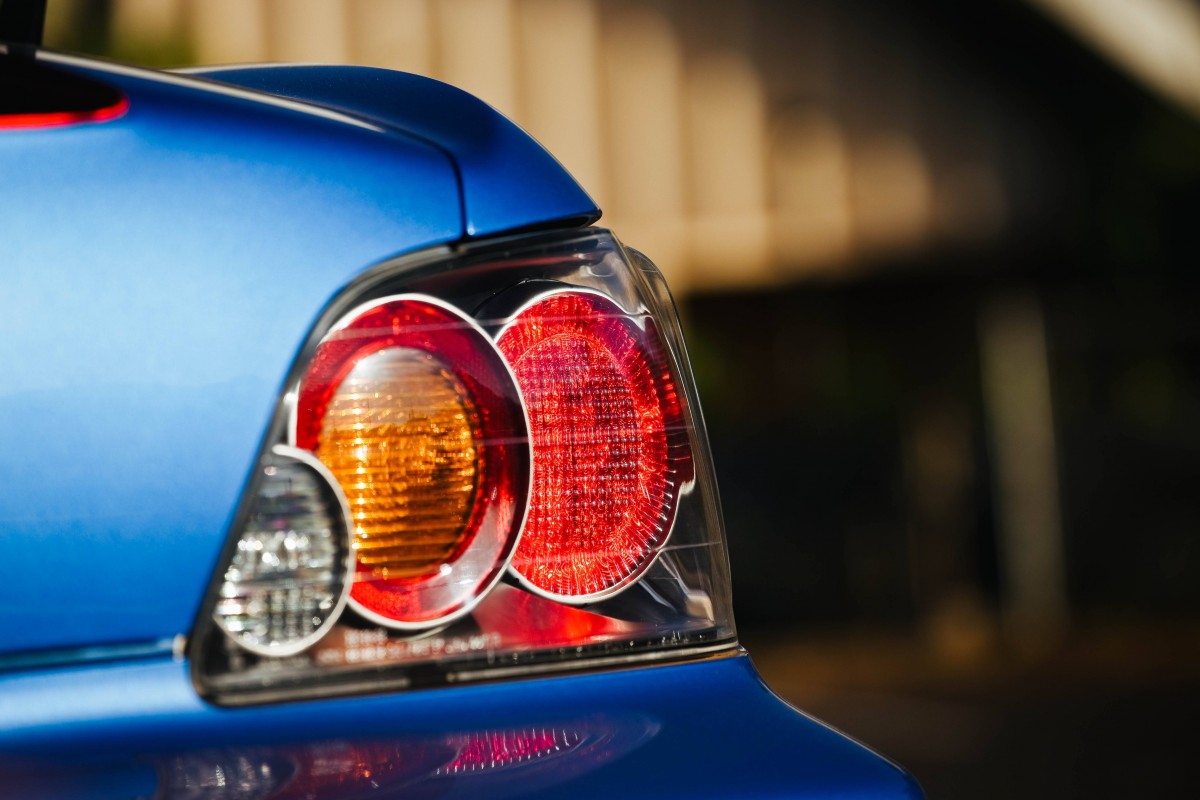 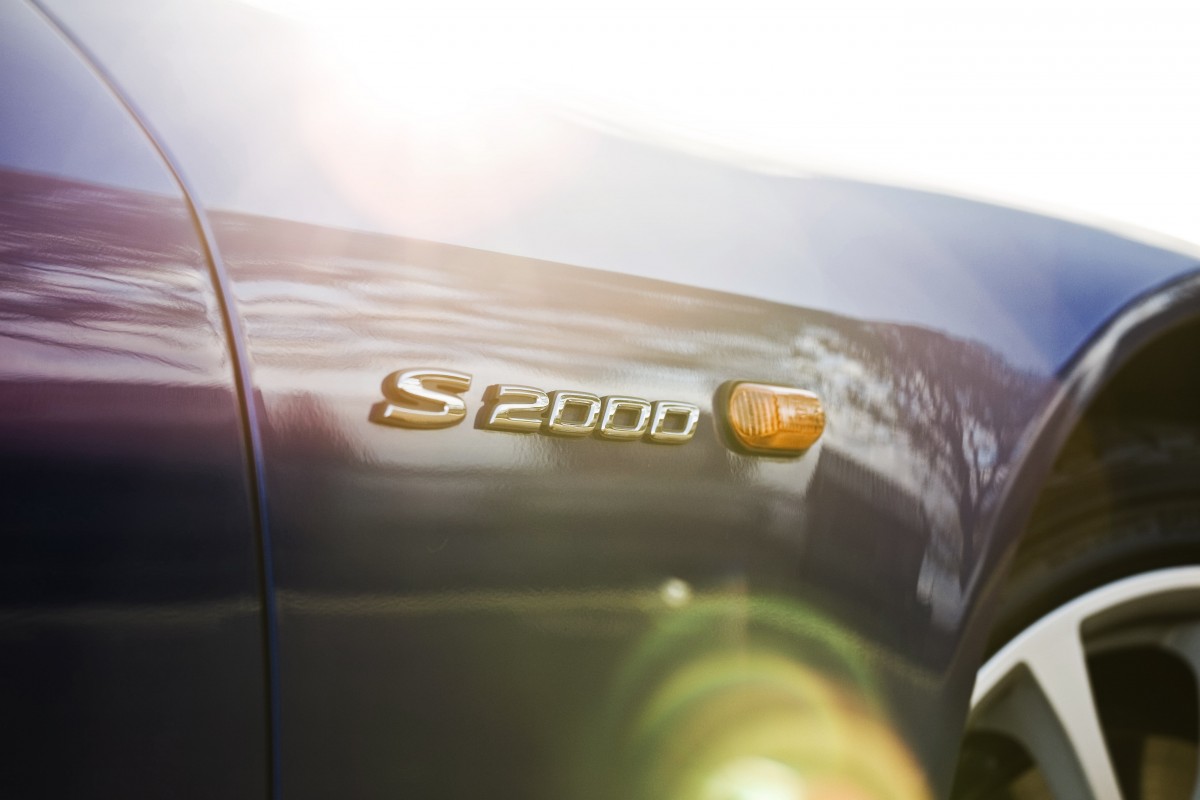 If you really want to get personal, try and capture candid moments of the owner interacting with the car. Catching the owner doing something as simple as admiring it or wiping down the wheels can give the photo and the car a little more character, rather than just leaving it “just a car”. 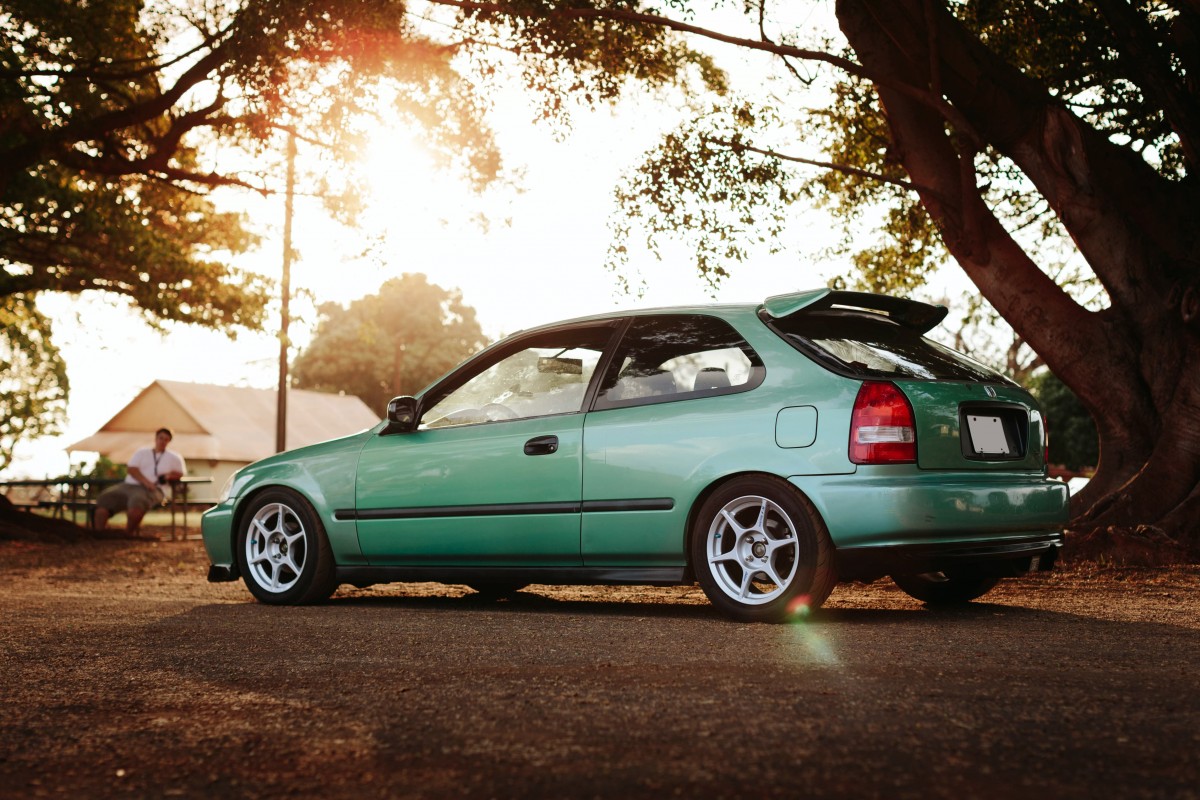 Get the car moving!

There are two ways you can go about this: panning and rolling shots. Panning is where you follow the car with your camera as it passes by. Set your camera to servo AF and adjust your shutter speed to your tastes of background motion blur.

I like to maximize my background blur because of the illusion that the car is going insanely fast. But because I love motion blur, I keep the shutter speed slow, resulting in lower chances of me getting a sharp shot. I feel the extra effort going through more pictures is worth getting one of these. The following photo was panned at 1/60th of a second and I had to go through about fifty others before finding this near tack-sharp one. Of course you can crank up the shutter to freeze the action if you’d like. 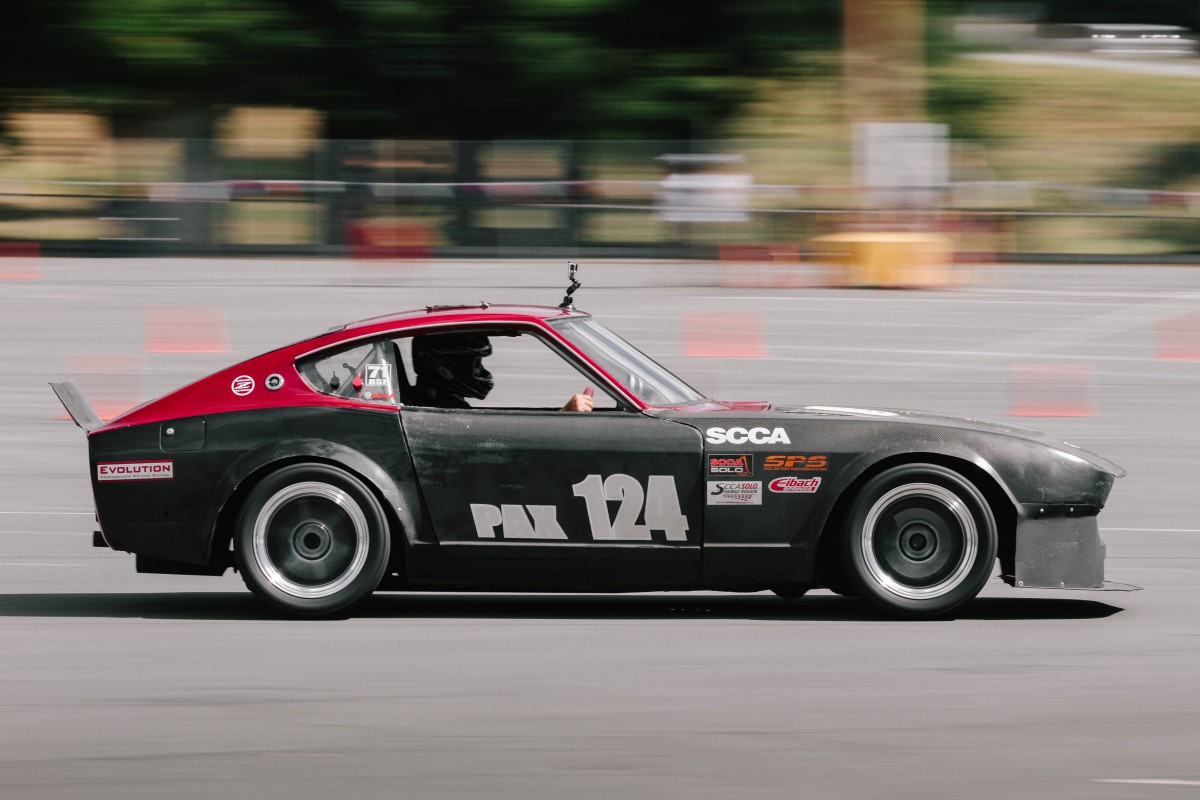 Rolling shots are similar to panning shots; you’re just in another car going the same speed as your subject. The only other difference is that you would probably want a lens on the wider end since you will be much closer.

One rule of thumb that applies nicely to rolling shots is referring to your car speed with your shutter speed, e.g. 1/60th at 60 MPH. Though I’ve found 1/30th of a second to be my sweet spot for rollers at any speed. Slow enough for lots of blur but not impossible for a sharp shot. The two following photos were at 1/30th and 1/25th. 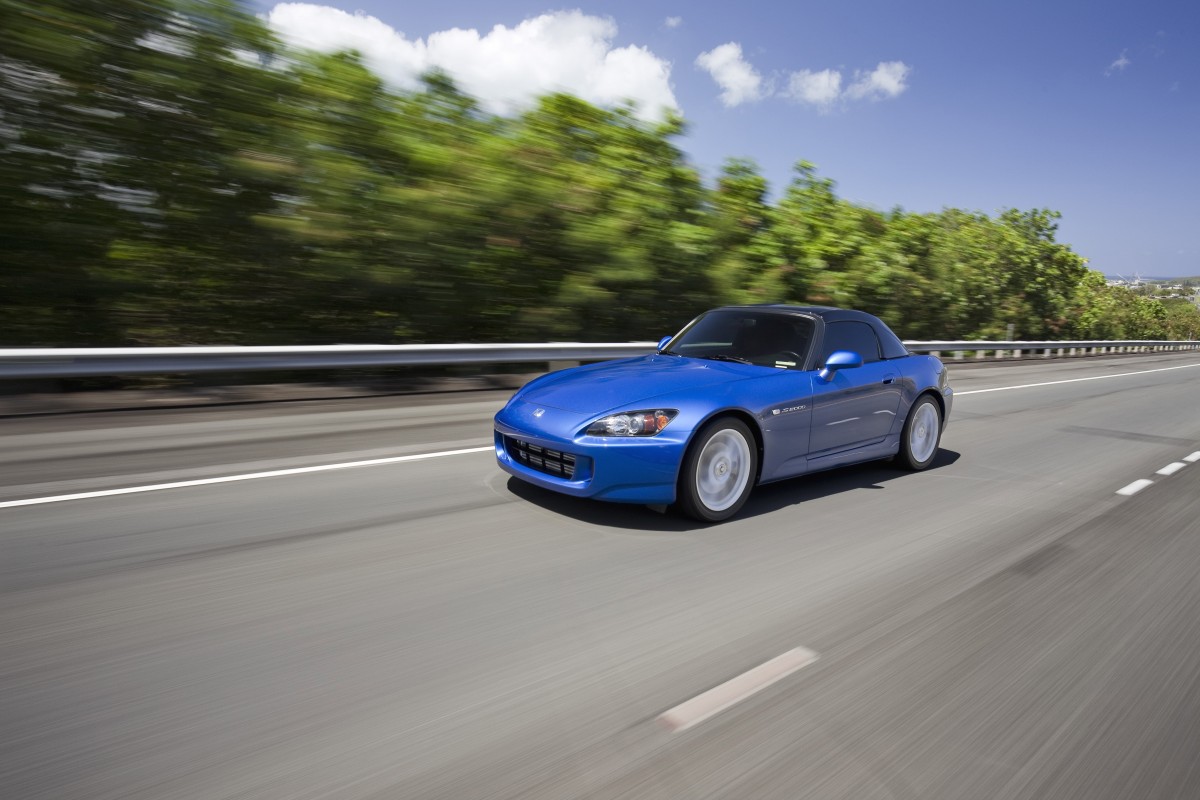 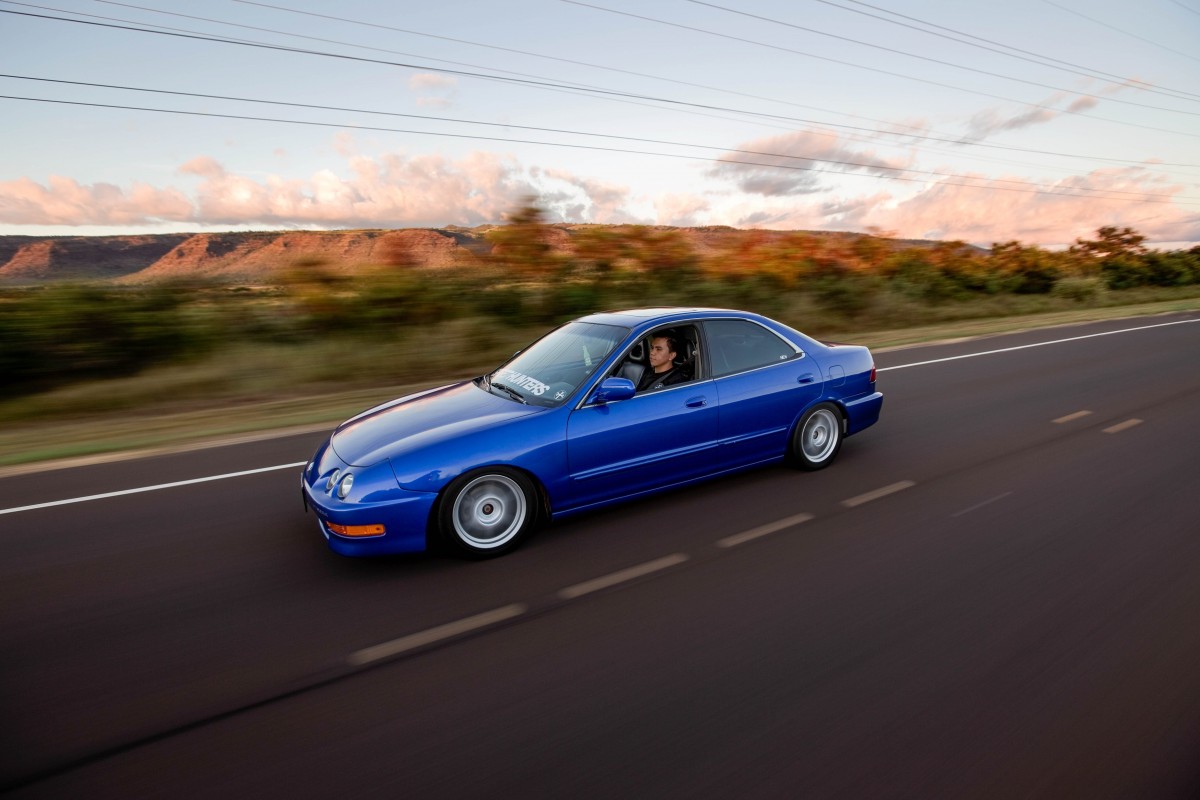 If there is a cheat code to automatically making cars look five times better during broad daylight—or anytime of the day really—it would be a circular polarizing filter. Take a look. 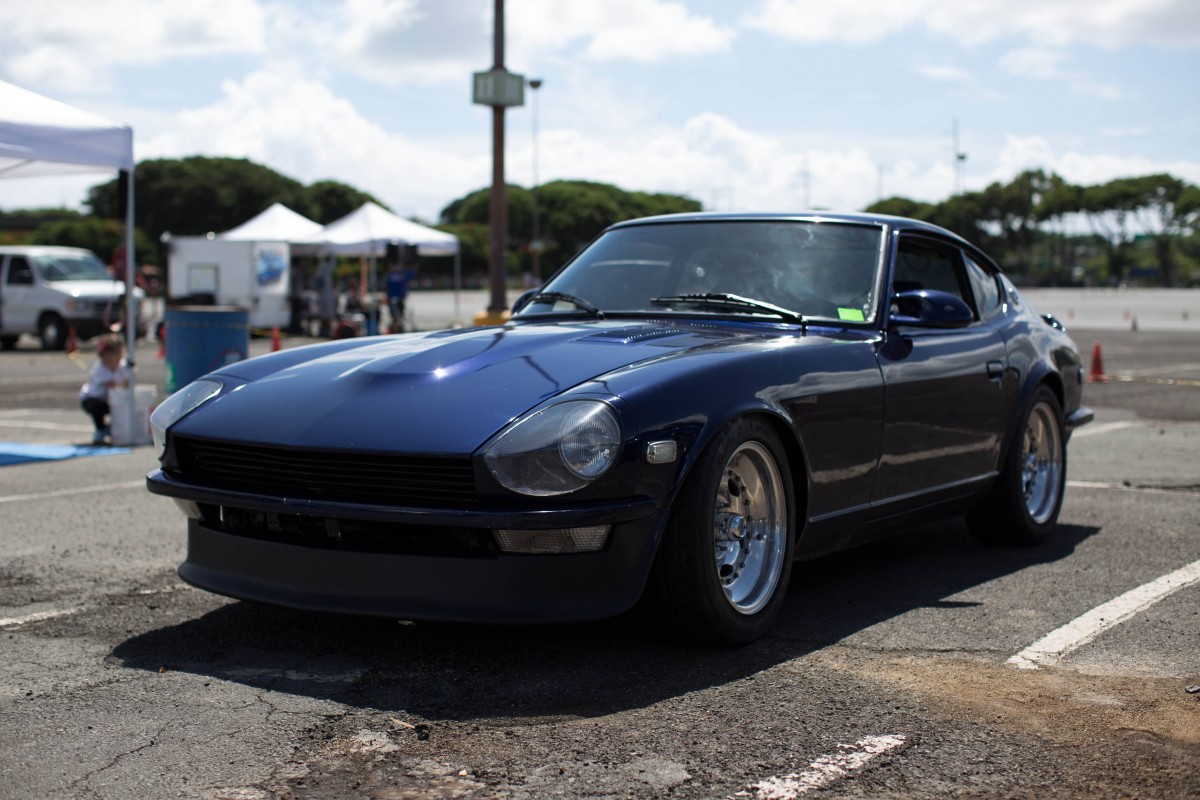 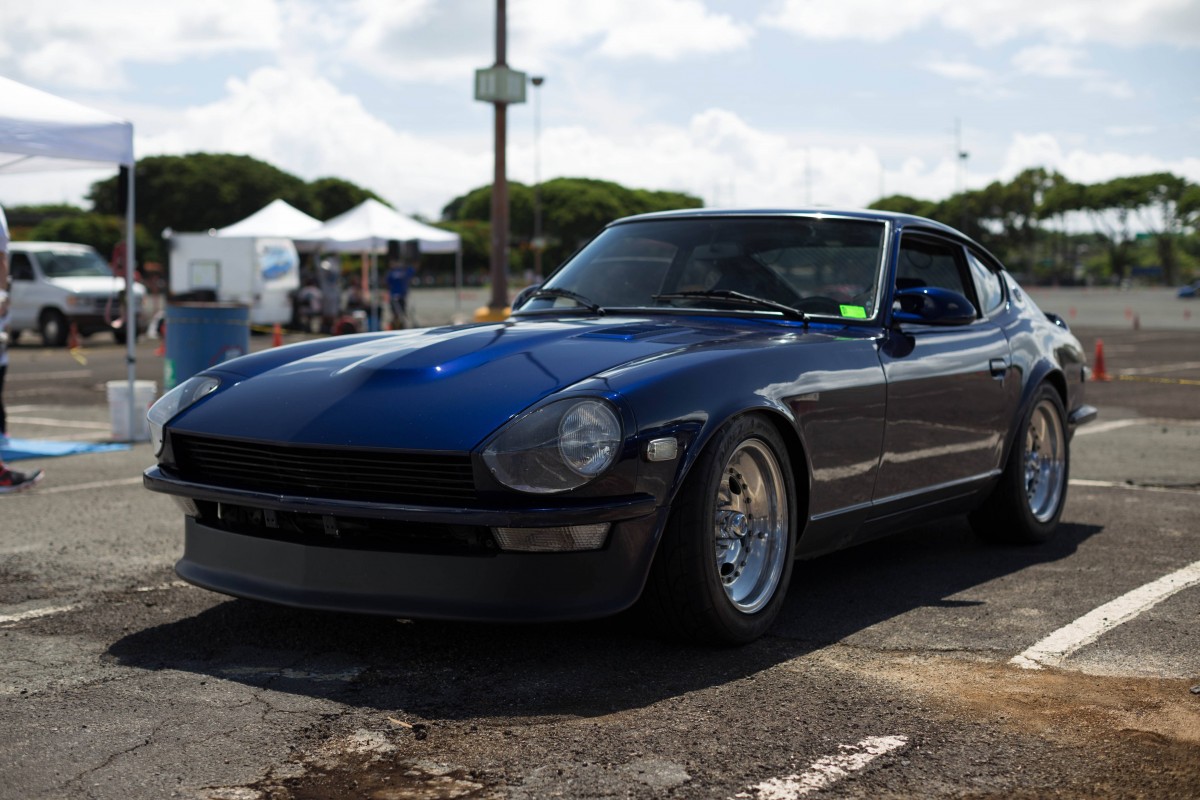 Nothing was processed in these comparison pictures other than an exposure compensation for the second due to light loss from the filter.

The enemy here is reflections and glare on both the car and environment. Reflections can alter the paint’s hue, distort its texture, and could overall be distracting on a car. On the environment, other semi-reflective surfaces such as the road and tree leaves in this case, can act like the car’s paint. The polarizer basically removes these reflections and dampens the sun’s glare. Though it does not remove the paint’s gloss.

I could have guessed the car in the first picture was a dark shade of purple, where the second picture shows that it’s a rich, dark blue. In the fourth picture of this blog, you could count all of the trees on the hood and windshield, which is even more distracting than some plain sun glare. I would have benefited from a polarizer at the time.

The only thing to watch out for on a circular polarizer is that it works in intervals of 90 degrees. So expect only half of the car’s reflections to be removed at a time. The roof, windshield, hood and bumper, or one whole side to be specific. Placing the car at an angle of 90 degrees to the sun will also emphasize the filter’s effect.

In this photo, I took two separate polarized shots and combined them into one, leaving the car body clean and distraction-less. 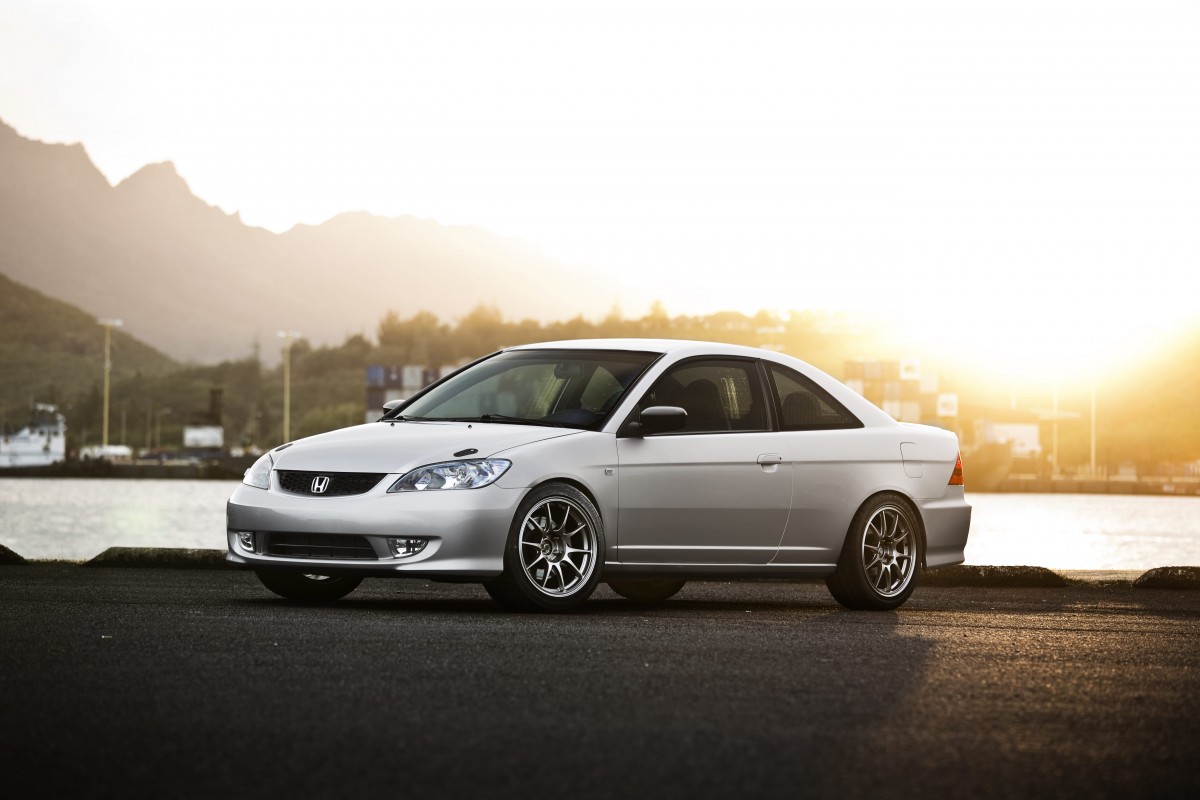 Thank you reader, for taking the time to read through this blog. And thank you to Josh at Hawaii Camera for giving me the opportunity to write up about what I feel is the best tips for automotive photography. I hope you have learned something from this that can be applied to your own style.

For the automotive photographers that don’t think these are the best tips, I understand that some (or all) of these won’t apply to compositing, light painters, or studio photographers. I’ve directed this post to photographers in my position, shooting personally owned cars outdoors in natural light with the goal of minimizing post-production.

My thoughts on the Sony A7R III Camera