Hawaii Camera + Salt and Air Studios already deliver the latest in VR production. We have expanded our offering to include aerial and drone virtual reality production and equipment.

Our newest custom built VR drone allows lower cost production than a traditional helicopter aerial shoot.  Up to 10 stabilized GoPro HERO 4 cameras — 5 above the UAV and 5 below the UAV, allow for complete 360 coverage. UAV VR drones enable access to locations, such as low flight paths, or locations with many trees, that helicopters could only dream of going.

We have an extensive list of experienced Part 107 and 333 Exempted FAA pilots who are available for travel worldwide.

For larger budget shoots we offer a specialized aerial VR system attachable to a Helicopter.  Multi-camera 180×360 or 360×360 Phanton Flex 4K or RED WEAPON 6K or 8K camera or GoPro HERO cameras.  We have joined forces with the best Helicopter companies in Hawaii for easy, turn-key production of your virtual reality content. 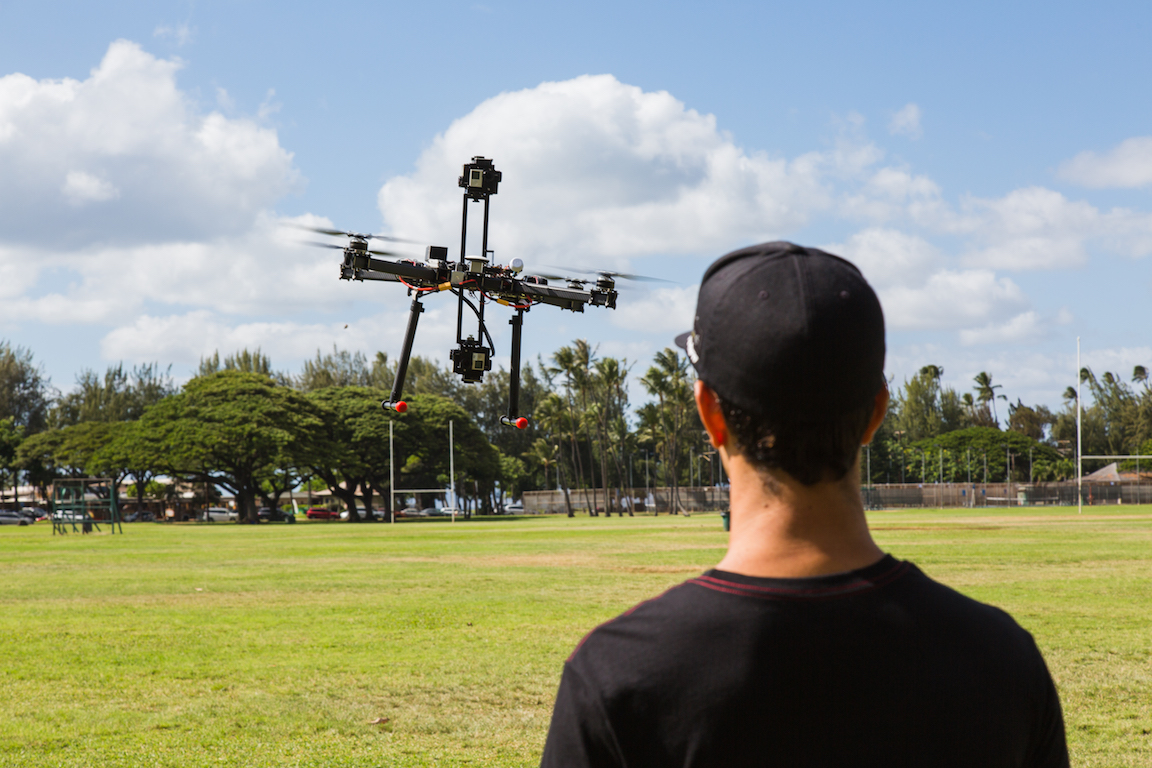